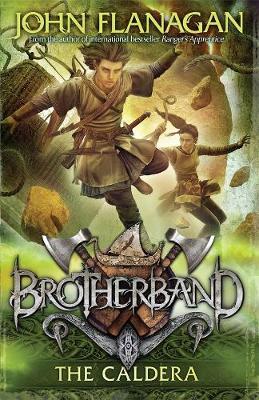 Hal and the Heron Brotherband must infiltrate a pirate stronghold to rescue a future emperor in the seventh book of the worldwide bestselling Brotherband series. Stig is contesting the annual Maktig competition to decide Skandia?s greatest warrior. But an unexpected visitor arrives with a request Stig, Hal and the brotherband can?t refuse- a rescue mission of epic proportions. Pirates have kidnapped the son of the Empress of Byzantos, a city-state far to the south. The brotherband sets sail to recover the boy, only to find that the pirates? fortress seems impenetrable, sitting atop towering cliffs above the deep lagoon - the caldera - of a volcanic crater. Culminating in a battle for survival on the high seas, The Caldera sees the Herons take on one of their most difficult missions yet as the fate of an empire rests on their shoulders. BONUS RANGER?S APPRENTICE STORY INSIDE!