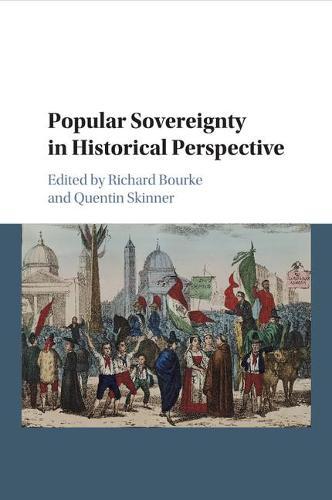 This collaborative volume offers the first historical reconstruction of the concept of popular sovereignty from antiquity to the twentieth century. First formulated between the late sixteenth and mid-seventeenth centuries, the various early modern conceptions of the doctrine were heavily indebted to Roman reflection on forms of government and Athenian ideas of popular power. This study, edited by Richard Bourke and Quentin Skinner, traces successive transformations of the doctrine, rather than narrating a linear development. It examines critical moments in the career of popular sovereignty, spanning antiquity, medieval Europe, the early modern wars of religion, the revolutions of the eighteenth century and their aftermath, decolonisation and mass democracy. Featuring original work by an international team of scholars, the book offers a reconsideration of one of the formative principles of contemporary politics by exploring its descent from classical city-states to the advent of the modern state.