Courage Is Contagious: And Other Reasons to Be Grateful for Michelle Obama 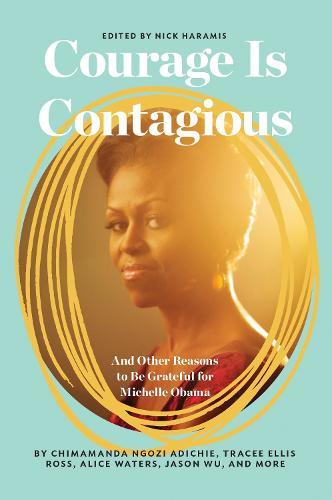 Courage Is Contagious: And Other Reasons to Be Grateful for Michelle Obama

Michelle Obama’s legacy transcends categorization; her cultural imprint is as nuanced as it is indelible. She used her time in the White House to fight for women, minorities, and health and education advocates. At the same time, her own genre-busting style encouraged others to speak, to engage, even to dress however they wanted. In this tribute to the former First Lady, T- The New York Times Style Magazine editor Nicholas Haramis assembles twenty original essays from prize-winning writers, Hollywood stars, celebrity chefs, and politicos, all of whom have been moved and influenced by her extraordinary grace in power. This uplifting book uncovers the many layers of Michelle Obama as she continues to be a role model and icon in the age of Donald Trump.