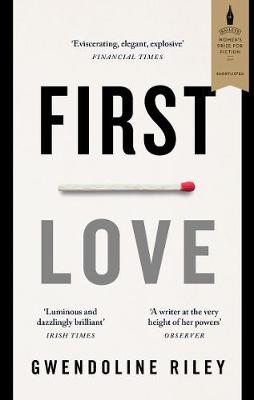 Neve is a writer in her mid-30s married to an older man, Edwyn. For now they are in a place of relative peace, but their past battles have left scars. As Neve recalls the decisions that led her to this marriage, she tells of other loves and other debts, from her bullying father and her self-involved mother to a musician who played her and a series of lonely flights from place to place.
Drawing the reader into the battleground of her relationship, Neve spins a story of helplessness and hostility, an ongoing conflict in which both husband and wife have played a part. But is this, nonetheless, also a story of love?
$19.99Add to basket ›

END_OF_DOCUMENT_TOKEN_TO_BE_REPLACED

SHORTLISTED FOR THE BAILEYS WOMEN'S PRIZE FOR FICTION 2017 and GOLDSMITHS PRIZE 2017 - A tightly-wound, razor-sharp novel that questions our competing desires for intimacy and for freedom.

Frances is twenty-one years old, cool-headed and observant. But when Frances and Nick get unexpectedly closer, the sharply witty and emotion-averse Frances is forced to honestly confront her own vulnerabilities for the first...

One hot August day a family drives to a mountain clearing to collect birch wood. The two daughters, June and May, aged nine and six, drink lemonade, swat away horseflies, bicker, sing snatches of songs as they while away the...

Translating as 'initiation', kumukanda is the name given to the rites a young boy from the Luvale tribe must pass through before he is considered a man. In this book, the poems explore this passage: between two worlds, ancestral...