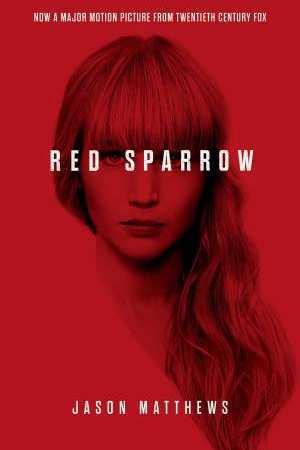 Soon to be a major motion pitcure starring Jennifer Lawrence, Joel Edgerton and Jeremy Irons.
Dominika Egorov, former prima ballerina, is sucked into the heart of Putin’s Russia, the country she loved, as the twists and turns of a betrayal and counter-betrayal unravel. American Nate Nash, idealistic and ambitious, handles the double agent, codenamed MARBLE, considered one of CIA’s biggest assets. He needs to keep his identity secret for as long as the mole can keep supplying golden information.
Will Dominika be able to unmask MARBLE, or will the mission see her faith destroyed in the country she has always passionately defended?
‘A great and dangerous spy-game is being played today between Russian intelligence and the CIA. Very few people know about it, including many of our politicians in Washington. But Jason Matthews does, and his thrilling Red Sparrow takes us deep inside this treacherous world. He’s an insider’s insider. He knows the secrets. And he is also a masterful story-teller. I loved this book and could not put it down. Neither will you’ Vince Flynn
‘Not since the good old days of the Cold War has a classic spy thriller like Red Sparrow come along. Jason Matthews is not making it up; he has lived this life and this story, and it shows on every page. High-level espionage, pulse-pounding danger, sex, double agents and double crosses. What more can any reader want?’ Nelson DeMille
$19.99Add to basket ›