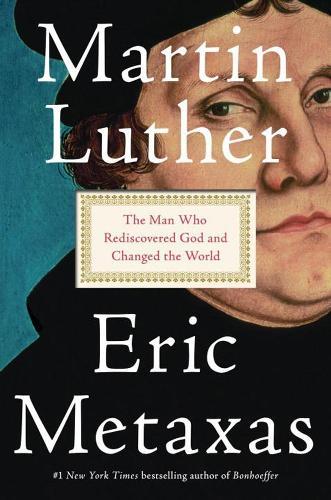 On All Hallow’s Eve in 1517, a young monk named Martin Luther posted a document he hoped would spark an academic debate, but that instead ignited a conflagration that would forever destroy the world he knew.

Written in riveting prose and impeccably researched, Martin Luther tells the searing tale of a humble man who, by bringing ugly truths to the highest seats of power, caused the explosion whose sound is still ringing in our ears. Luther’s monumental faith and courage gave birth to the ideals of faith, virtue, and freedom that today lie at the heart of all modern life.

The Magic of Reality: How We Know What’s Really True

DC Comics: Absolutely Everything You Need To Know

It’s All a Game: A Short History of Board Games