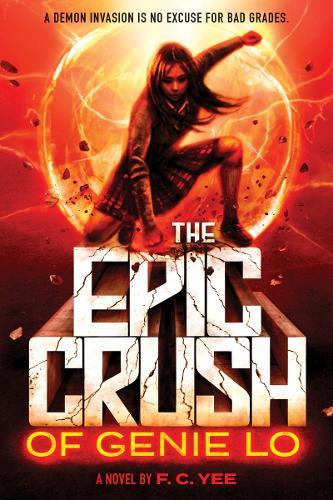 The struggle to get into a top-tier college consumes fifteen 15-year-old Genie’s every waking thought. But when she discovers she’s an immortal who’s powerful enough to bash through the gates of Heaven with her fists, her perfectionist existence is shattered.
Enter Quentin, a transfer student from China whose tone-deaf assertiveness beguiles Genie to the brink of madness. Quentin nurtures Genie’s bodacious transformation-sometimes gently, sometimes aggressively-as her sleepy Bay-area suburb in the Bay area comes under siege from Hell-spawn.
This epic YA debut draws from Chinese mythology, features a larger-than-life heroine, and perfectly balances the realities of Genie’s grounded, Oakland life with the absurd supernatural world she finds herself commanding.
$24.99Add to basket ›