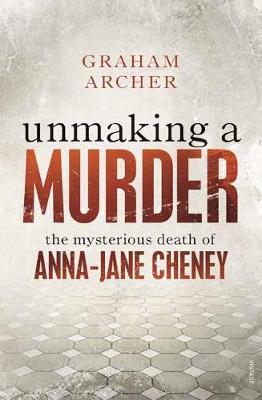 Winner of the Ned Kelly Award for Best True Crime 2018

An investigation into an intriguing murder case and an unprecedented account of how the decisions made by organs of government can be defended and mistakes covered up.
Anna-Jane Cheney worked at the epicentre of the conservative Adelaide legal community. She was vivacious, popular and talented, with an impeccable middle-class upbringing. The man she loved, Henry Vincent Keogh, was a divorced 39-year-old Irish migrant with three children. She died just six weeks before their wedding date.
According to the prosecution, Keogh had planned the drowning murder of Anna-Jane 18 months in advance. He had taken out five insurance policies amounting to $1.2 million over his fiancUe’s life and forged her signature on them.
Journalist Graham Archer became fascinated by the case. It wasn’t a matter of Henry Keogh’s guilt or innocence, but that a man could be sentenced to life in prison without him having received a fair trial. The story became an odyssey for Graham. Deliberately, he had no contact with Henry Keogh in the 13 years it took to have the case reviewed by the Supreme Court and have his conviction quashed.
In the end dogged determination prevailed, and after 20 years behind bars Henry Keogh was released.
$34.99Add to basket ›