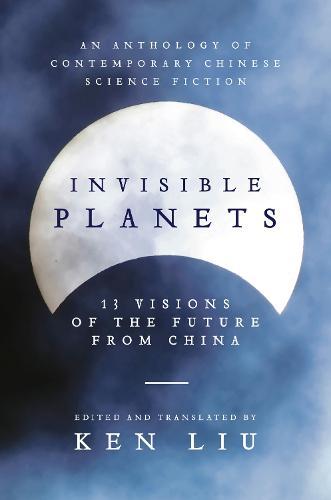 13 visions of the future from China, translated by Hugo award-winning translator and author Ken Liu. Here are thirteen short stories from the new frontiers of Chinese science fiction, selected and translated by Hugo, Nebula, Locus and World Fantasy Award-winner Ken Liu. Hao Jingfang’s Hugo-Award-Winning ‘Folding Beijing’ takes place in a near-future dystopia where the title city’s buildings fold into and out of the earth, allowing three different strata of society to spend part of the day above ground. Xia Jia’s ‘Night Journey of the Dragon-Horse’ describes a post-apocalyptic world where machines have outlived the humans who engineered them. In ‘Taking Care of God’ by Liu Cixin - author of The Three-Body Problem, the first translated novel to win the Hugo Award - a race of white-haired, white-robed beings arrive on Earth, claiming they are God, creators of everything who now want to spend their retirement years with us… Including an introduction by Ken Liu and three essays exploring Chinese science fiction, this is a phenomenal collection of strange worlds, hypnotic landscapes and unbridled imagination.