On the Stump: Campaign Oratory and Democracy in the United States, Britain, and Australia 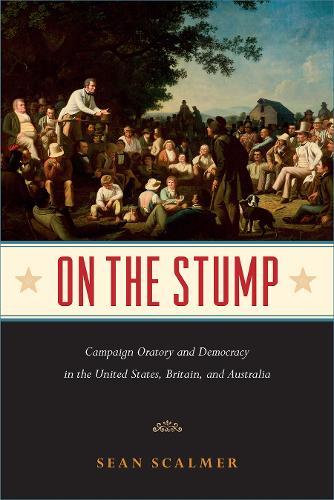 On the Stump: Campaign Oratory and Democracy in the United States, Britain, and Australia

Stumping, or making political speeches in favor of a candidate, cause, or campaign has been around since before the 1800s, when speechmaking was frequently portrayed as delivered from the base of a tree. The practice, which has been strongly associated with the American frontier, British agitators, and colonial Australia, remains an effective component of contemporary democratic politics. In his engaging book On the Stump, Sean Scalmer provides the first comprehensive, transnational history of the stump speech. He traces the development and transformation of campaign oratory, as well as how national elections and public life and culture have been shaped by debate over the past century. Scalmer presents an eloquent study of how stumping careers were made, sustained, remembered, and exploited, to capture the complex rhythms of political change over the years. On the Stump examines the distinctive dramatic and performative styles of celebrity orators including Davy Crockett, Henry Clay, and William Gladstone. Ultimately, Scalmer recovers the history of the stump speech and its historical significance in order to better understand how political change is forged.