The Dark Missions Of Edgar Brim 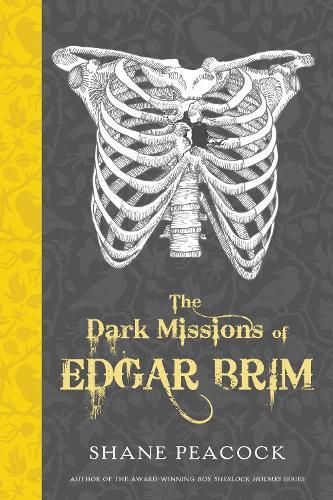 The Dark Missions Of Edgar Brim

Edgar Brim is a sensitive orphan who, exposed to horror stories from his father as a young child, is afraid of almost everything and suffers from nightly terrors. His stern new guardian, Mr. Thorne, sends the boy to a gloomy school in Scotland where his dark demons only seem to worsen and he is bullied and ridiculed for his fears.
But years later, when sixteen-year-old Edgar finds a journal belonging to his novelist father, he becomes determined to confront his nightmares and the bullies who taunt him. After the horrific death of a schoolmate, Edgar becomes involved with an eccentric society at the urging of a mysterious professor who believes that monsters from famous works of literature are real and whose mandate is to find and destroy these creatures.
With the aid of a rag-tag crew of friends, the fear-addled teen sets about on his dark mission, one that begins in the cemetery on the bleak Scottish moors and ends in a spine-chilling climax on the stage of the Royal Lyceum Theatre in London with Henry Irving, the infamous and magnetic actor, and his manager, Bram Stoker, the author of the most frightening and sensational novel of the day, Dracula. Can Edgar Brim truly face his terror and conquer his fears?
$19.99Add to basket ›