Kingdom of Shadows: A Novel 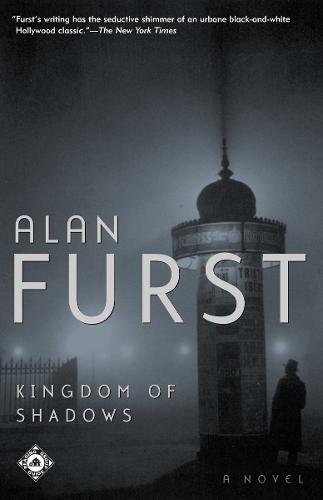 Kingdom of Shadows: A Novel

Kingdom of Shadows must be called a spy novel, but it transcends genre, as did some Graham Greene and Eric Ambler classics. -The Washington Post Paris, 1938. As Europe edges toward war, Nicholas Morath, an urbane former cavalry officer, spends his days working at the small advertising agency he owns and his nights in the bohemian circles of his Argentine mistress. But Morath has been recruited by his uncle, Count Janos Polanyi, a diplomat in the Hungarian legation, for operations against Hitler’s Germany. It is Morath who does Polanyi’s clandestine work, moving between the beach cafes of Juan-les-Pins and the forests of Ruthenia, from Czech fortresses in the Sudetenland to the private gardens of the declasse royalty in Budapest. The web Polanyi spins for Morath is deep and complex and pits him against German intelligence officers, NKVD renegades, and Croat assassins in a shadow war of treachery and uncertain loyalties, a war that Hungary cannot afford to lose. Alan Furst is frequently compared with Eric Ambler, Graham Greene, and John le Carre, but Kingdom of Shadows is distinctive and entirely original. It is Furst at his very best. Praise for Kingdom of Shadows Kingdom of Shadows offers a realm of glamour and peril that are seamlessly intertwined and seem to arise effortlessly from the author’s consciousness. -Janet Maslin, The New York Times Subtly spun, sensitive to nuances, generous with contemporary detail and information discreetly conveyed… . It’s hard to overestimate Kingdom of Shadows. -Eugen Weber, Los Angeles Times A triumph: evocative, heartfelt, knowing and witty. -Robert J. Hughes, The Wall Street Journal Imagine discovering an unscreened espionage thriller from the late 1930s, a classic black- and- white movie that captures the murky allegiances and moral ambiguity of Europe on the brink of war… . Nothing can be like watching Casablanca for the first time, but Furst comes closer than anyone has in years. -Walter Shapiro, Time