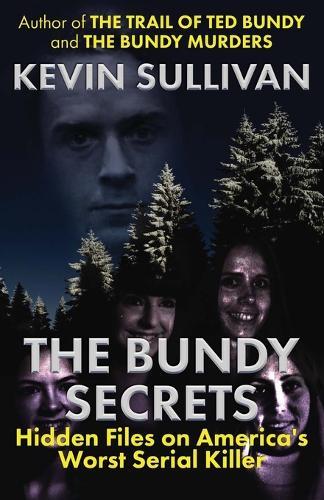 Rare Revelations Of A Murderous Rampage. Within the pages of THE BUNDY SECRETS: Hidden Files Of America’s Worst Serial Killer is a unique, never-before-published look at the investigations undertaken to stop the depredations of America’s most infamous serial killer, Ted Bundy. Presented here in an easy-to-follow chronology are the raw, unedited and most fascinating official case files as they appeared to the detectives from the Pacific Northwest to the Rocky Mountains to Florida. The final book in Sullivan’s Bundy Trilogy that began with: THE BUNDY MURDERS: A Comprehensive History, the first book in Sullivan’s comprehensive trilogy, was a dramatic narrative of the killer’s life, and book two, THE TRAIL OF TED BUNDY: Digging Up The Untold Stories, was dedicated to recollections of various friend, witnesses and detectives associated with Bundy. Now, THE BUNDY SECRETS, completes Sullivan’s opus by presenting readers with a just the facts rendition of the formerly classified files of the manhunt, contemporary interviews gathered by Sullivan from dozens of sources along Bundy’s trail of terror, and commentary from the author as he lays out the details. A must-have for true crime students of Ted Bundy.