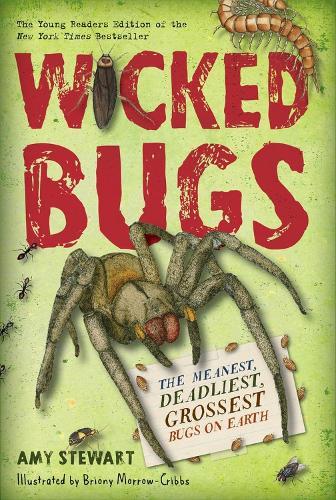 Did you know there are zombie bugs that not only eat other bugs but also inhabit and control their bodies? There’s even a wasp that delivers a perfectly-placed sting in a cockroach’s brain and then leads the roach around by its antennae - like a dog on a leash. Scorpions glow in ultraviolet light. Lots of bugs dine on corpses.
And if you want to know how much it hurts to get stung by a bullet ant (hint: it really, really hurts), you can consult the Schmidt Sting Pain Index. It ranks the pain produced by ants and other stinging creatures. How does it work? Dr. Schmidt, the scientist who created it, voluntarily subjected himself to the stings of 150 species.
$10.00Add to basket ›

Eight Princesses and a Magic Mirror

Read To Your Toddler Every Day: 20 Folktales To Read Aloud