Josef Koudelka: The Making of Exiles 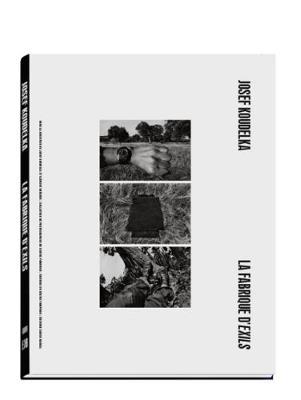 Josef Koudelka: The Making of Exiles

Koudelka’s unsentimental, stark, brooding, intensely human imagery reflects his own spirit, the very essence of an exile who is at home wherever his wandering body finds haven in the night.-Cornell Capa In 1988, Josef Koudelka published what was to become one of his most famous and canonical series: Exiles. These gorgeously austere black-and-white images described the travels and everyday life of the peoples he encountered while roaming Europe. Josef Koudelka: The Making of Exiles is an exploration of the genesis and the making of this photographic journey. Enhanced by numerous photographs that have never been published–in particular the photographer’s self-portraits–and captions by Koudelka, it includes numerous archival documents (such as reproductions of his travel journals), thumbnail reproductions of the book’s layout, an introduction by curator Clement Cheroux and an essay by photo-historian Michel Frizot, who spent hours interviewing Koudelka. Josef Koudelka was born in Moravia in 1938. Initially an aeronautic engineer, he launched full time into photography in the late sixties. In 1968, he photographed the Soviet invasion of Czechoslovakia, publishing the results under the pseudonym P.P. (Prague Photographer). Koudelka left Czechoslovakia in 1970 and was briefly stateless before obtaining political asylum in England. Shortly afterwards, he joined Magnum Photos. In 1975 he published Gypsies. Koudelka has exhibited at the MoMA and at the International Centre of Photography in New York, at the Hayward Gallery in London, the Stedelijk Museum in Amsterdam and the Palais de Tokyo in Paris.