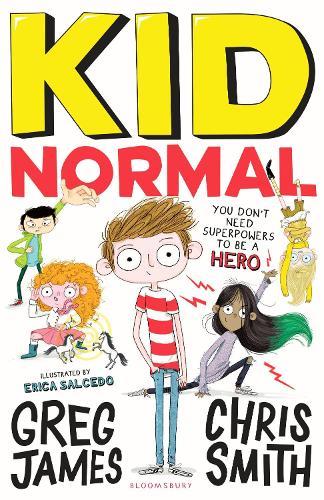 When Murph Cooper rocks up to his new school several weeks into the beginning of term, he can’t help but feel a bit out of his depth. And it’s not because he’s worried about where to sit, and making friends, and fitting in, or not knowing where the loos are. It’s because his mum has enrolled him at a school for superheroes by mistake. And unlike his fellow students, who can all control the weather or fly or conjure tiny horses from thin air, Murph has no special abilities whatsoever.
But just because you don’t have superpowers, it doesn’t mean you can’t save the day. Let’s hope Murph realises that, and quick - because not far away is a great big bad guy who is half man and half wasp, and his mind is abuzz with evil plans … It’s time for Kid Normal to become a hero! Perfect for fans of David Solomons, David Baddiel and Danny Wallace. Featuring brilliant illustrations by Erica Salcedo throughout.
$12.99Add to basket ›