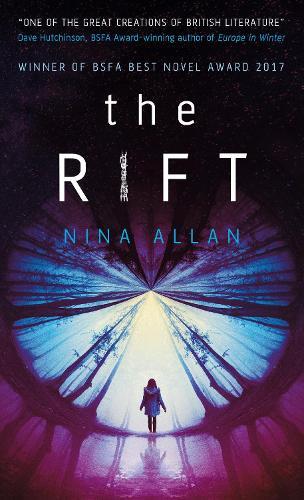 Selena and Julie are sisters. As children they were closest companions, but as they grow towards maturity, a rift develops between them. There are greater rifts, however. Julie goes missing at the age of seventeen. It will be twenty years before Selena sees her again.
When Julie reappears, she tells Selena an incredible story about how she has spent time on another planet. Selena has an impossible choice to make: does she dismiss her sister as a damaged person, the victim of delusions, or believe her, and risk her own sanity in the process? Is Julie really who she says she is, and if she isn’t, what does she have to gain by claiming her sister’s identity?
The Rift is a novel about the illusion we call reality, the memories shared between people and the places where those memories diverge, a story about what might happen when the assumptions we make about the world and our place in it are called into question.
$16.99Add to basket ›

END_OF_DOCUMENT_TOKEN_TO_BE_REPLACED

The Found and the Lost: The Collected Novellas of Ursula K. Le Guin

What the Hell Did I Just Read