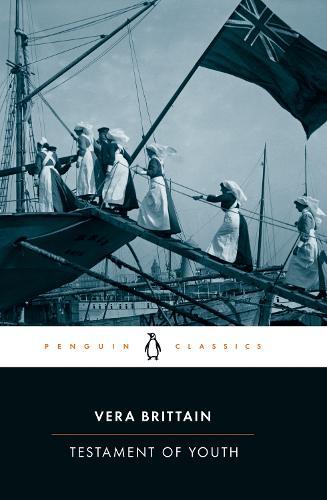 Giving a voice to a lost generation, this edition features a new introduction by Brittain’s biographer. Now a major motion picture starring Alicia Vikander, Kit Harington, Hayley Atwell, and Taron Egerton Much of what we know and feel about the First World War we owe to Vera Brittain’s elegiac yet unsparing book, which set a standard for memoirists from Martha Gellhorn to Lillian Hellman. Abandoning her studies at Oxford in 1915 to enlist as a nurse in the armed services, Brittain served in London, in Malta, and on the Western Front. By war’s end she had lost virtually everyone she loved. Testament of Youth is both a record of what she lived through and an elegy for a vanished generation. Hailed by the Times Literary Suplement as a book that helped both form and define the mood of its time, it speaks to any generation that has been irrevocably changed by war. This edition features a new introduction by Brittain’s biographer examining her struggles to write about her experiences and the book’s reception in England and America. For more than seventy years, Penguin has been the leading publisher of classic literature in the English-speaking world. With more than 1,700 titles, Penguin Classics represents a global bookshelf of the best works throughout history and across genres and disciplines. Readers trust the series to provide authoritative texts enhanced by introductions and notes by distinguished scholars and contemporary authors, as well as up-to-date translations by award-winning translators.