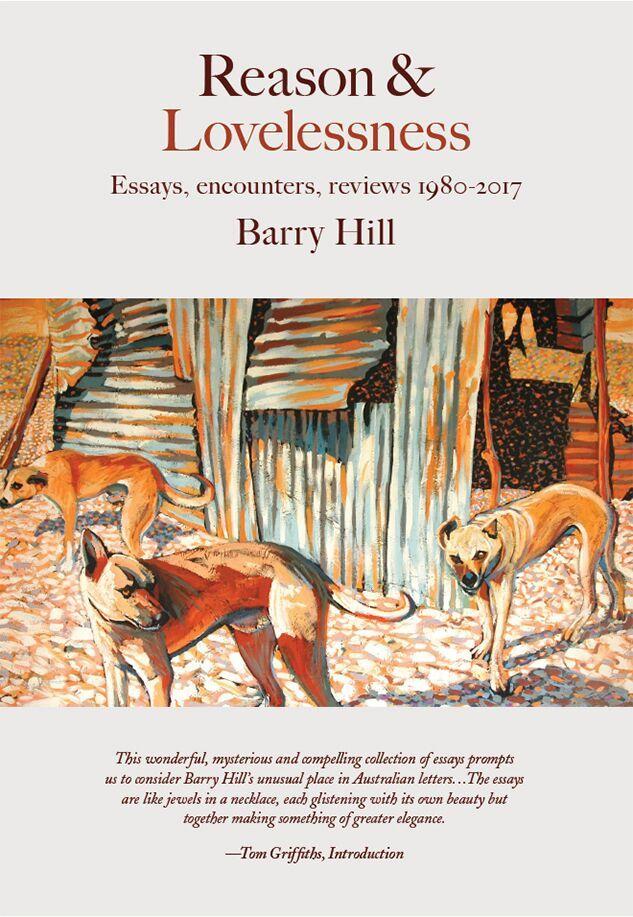 Barry Hill is a multi-award winning writer of poetry, essays, biography, history, criticism, novels, short stories, libretti, and reportage. As a writer, Hill’s voice is informed by his Australian working-class and militant union background, which has been distilled by his higher education in history and philosophy at the Universities of Melbourne and London. Hill’s voice is unique, and his insight both profoundly important and capable of taking the reader to places not glimpsed before or imagined visible.
His major works include Sitting In (1992), a landmark memoir in Labour History; Broken Song: TGH Strehlow and Aboriginal Possession (2002), a literary biography and essay in Aboriginal and frontier poetics; and Peacemongers (2014), a pilgrimage book set in India and Japan, and a meditation on ‘peace thinking’ by the likes of Rabindranath Tagore and Mahatma Gandhi in the years leading up to the atomic bombing of Hiroshima and Nagasaki. Each book has been groundbreaking in different ways: deeply, originally researched, multi-disciplinary and crossing genres, combining the personal with the generically philosophical.
After a decade working as a teacher, educational psychologist, and a journalist in Melbourne and London, he has been writing full-time since 1976 - mainly based in Queenscliff, Victoria, but with stints at the Australia Council flat in Rome, where he finished poetic and dramatic works on Lucian Freud and Antonio Gramsci, and returns to Central Australia. In recent decades he has deepened his studies in Chinese and Japanese, which is in keeping with his long-term interest in Buddhism.
This collection of essays, reviews, and reportage amply demonstrates the quality and enduring importance of Hill’s contribution, in these genres, to Australian literary and intellectual life.
$39.95Add to basket ›