Father of Liberty: Jonathan Mayhew and the Principles of the American Revolution 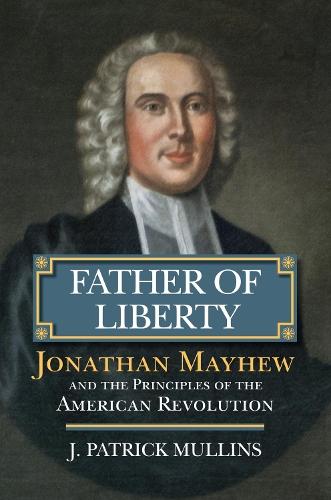 Father of Liberty: Jonathan Mayhew and the Principles of the American Revolution

Dr. Jonathan Mayhew (1720-1766) was, according to John Adams, a transcendental genius … who threw all the weight of his great fame into the scale of the country in 1761, and maintained it there with zeal and ardor till his death. He was also, J. Patrick Mullins contends, the most politically influential clergyman in eighteenth-century America and the intellectual progenitor of the American Revolution in New England. Father of Liberty is the first book to fully explore Mayhew’s political thought and activism, understood within the context of his personal experiences and intellectual influences, and of the cultural developments and political events of his time. Analyzing and assessing his contributions to eighteenth-century New England political culture, the book demonstrates Mayhew’s critical contribution to the intellectual origins of the American Revolution.