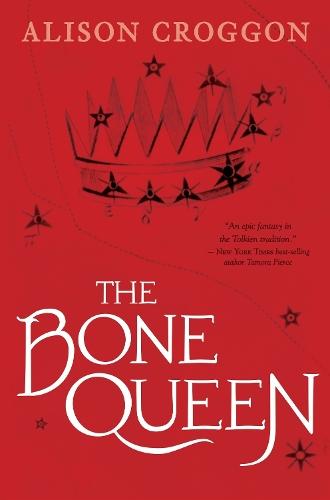 In a highly anticipated prequel to the Books of Pellinor, Alison Croggon captivates fans old and new with her ancient, legendary world of Annar. After being seduced into sorcery by an agent of the Dark, the promising Bard Cadvan of Lirigon recklessly unleashed the terrible Bone Queen, bringing destruction down upon Annar. Cast out of the Schools of Barding for his crime, Cadvan now lives in exile, burdened by memories of his dealings with the Dark. At his former home, Cadvan’s mentor, Nelac, and his rival, Dernhil, begin to suspect that the Bone Queen may yet lurk in Annar, and a young Bard named Selmana is plagued by an ominous presence and an unsettling new ability to step between worlds. With darkness gathering and Bards giving in to fear and paranoia, a guilt-ridden Cadvan must once again earn the Bards' trust and Selmana must gain control of her newfound powers if they are to bring peace to the living and the dead. Fans of the Books of Pellinor will savor this glimpse into Cadvan’s past, and readers new to Alison Croggon’s intricately built world will relish The Bone Queen as a stand-alone epic of light, dark, magic, and redemption.