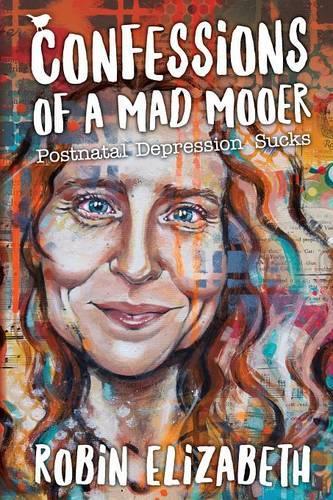 What happens when a mother says she isn’t okay, but nobody’s listening? That’s the situation Sydney mother, Robin, faced after the birth of her identical twin boys. She already had a needy toddler and a husband who worked long hours, but no matter where she turned, her desperate cries for help went unanswered. It wasn’t until her newborn twins ended up in hospital with bronchiolitis that the medical staff realised it was Robin who needed the most care. The hospital diagnosed her with postnatal depression, or postpartum depression as it is known in the US, and sent her and the boys to a psychiatric hospital. Inside the Psychiatric Mothers and Baby unit Robin finally found her confidence, not only as a parent, but also as a writer and a worthy person in her own right. Her periods returned, too, but she didn’t consider that as much of a blessing. Confessions of a Mad Mooer is her story, told with warmth, humour, and unflinching honesty. A must read for anyone who has been touched by postnatal or postpartum depression, and a fascinating read for any creative or performing artists who have ever struggled with their own mental health. Words of Praise for Confessions of a Mad Mooer Ugh, do I have to read it? Do I make you read my work stuff? - Robin’s husband (Still hasn’t read it.) That’s nice that you wrote a book. Have you seen the new app I downloaded for choir? - Robin’s mother (It really wasn’t that impressive.) Fanwah. I love that word. I’m going to use it all the time. Did you make it up? - Robin’s friend Helen. (No. Robin did not make up this particular term for the vagingo. Her friend Tash did.)