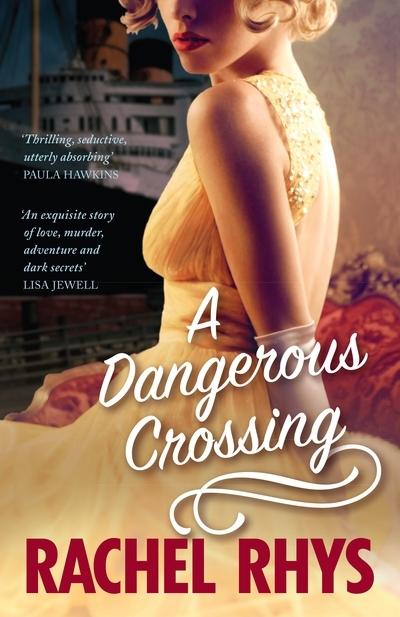 1939, Europe on the brink of war: Lily Shepherd leaves England on an ocean liner bound for Australia, escaping her life of drudgery for new horizons.
She is instantly seduced by the world onboard: cocktails, black-tie balls and beautiful sunsets. Suddenly, Lily finds herself mingling with people who would otherwise never give her the time of day.
But soon she realizes her glamorous new friends are not what they seem. The rich and hedonistic Max and Eliza Campbell, mysterious and flirtatious Edward and fascist George are all running away from tragedy and scandal even greater than her own.
And by the time the ship docks in Sydney, two passengers are dead, war has been declared, and life will never be the same again …

“For weeks, the ship has been like a world within itself, a vast floating city outside the normal rules …. ”

On a summer’s day in 1939, Lily Shepherd boards the cruise liner Orontes, gaining assisted passage to escape her bleak English life for the shores of Australia. She leaves behind a family stricken once by war, and alarmed by the idea of another – but Lily is positive no such thing will happen. She is also positive that the trip will be an adventure, yet not even the personal tragedies of her past prepare her for all that will happen onboard the Orontes. Starting with the unsettling gentleness of an Agatha Christie novel – a beautiful ship, touches of luxury, characters with entertaining moustaches – danger and hatred soon ripple through the liner (and the book), as constant as waves. From her boorish and bigoted dining-mate, George, to the endearing yet mysterious brother and sister Helena and Edward, to her new Jewish friend Maria, to the dazzling Eliza and Max (a first-class couple escaping for some tourist-class fun), Lily cannot find her feet amongst these new people and experiences. It is all very glamorous, but, like Lily, who is running from pain, many on this ship are hiding a secret – and not everyone will make it ashore when the ship docks in Sydney.

This is not a story of brutal violence, but of the poison of words – how gossip, prejudice and doubt can have a deadly finality. Rhys, writing under a pseudonym, has so intricately entered the world of 1939 that every detail feels as real as the room you read in : the class politics, the architecture, the route, the clothes, all are as clear as the characters’ lives are murky. It is compelling period fiction, darkened by the bigotry that casually runs rampant, with offhand racism barely causing a spark against Lily’s generally upstanding moral code. As vivid as this narrow-mindedness is the excitement, the adventure, the way everything is new to Lily – from the people to the freedom to the sunsets and the clear sky. The story appears, in some ways, to be as light as a chiffon evening gown, but everyone is running from something, and nothing is sugary sweet except the facades of those around her.

Read this, and be surprised to find yourself on solid ground when you put it down.