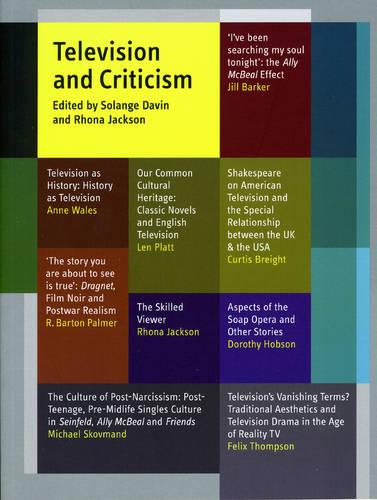 Television and Criticism unites distinguished scholars from the fields of literary criticism, media studies, and film studies to challenge the traditional boundaries between high and low culture. Through a theoretical lens, this volume addresses such topics as the blurring of genres, television and identity, and the sophistication of television audiences by examining examples from soap operas, televised adaptations of classic novels, film noir, and popular shows like Queer as Folk , Seinfeld , and Ally McBeal . Ranging from Shakespeare to Dragnet, this comprehensive study will interest cultural studies scholars and media buffs alike.