Dear Quentin: Letters of a Governor-General 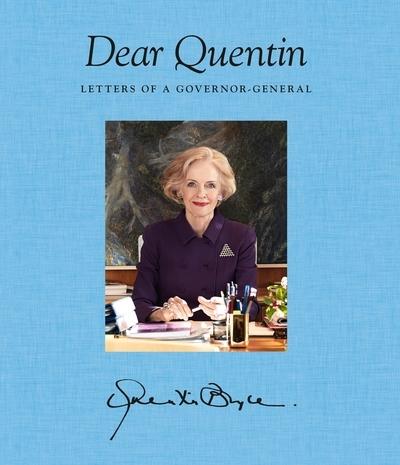 Dear Quentin: Letters of a Governor-General

As Australia’s first female Governor-General, Quentin Bryce handwrote more than fifty letters each week. She wrote to those she had met and connected with as her role took her from palaces to outback schools, from war zones to memorials, from intimate audiences to lavish ceremonies. She received even more letters from every corner of the country. Generous, witty and always heartfelt, her letter-writing skills were honed at boarding school, from where she would write to her parents every Sunday.
Dear Quentin is a rich collection of the letters the Governor-General wrote and received during her six-year term to prime ministers Rudd and Gillard, VC Mark Donaldson, pals Anne Summers and Wendy McCarthy, Indigenous elders, war vets, Girl Guides, grandchildren, as well as the proud owner of a calf called Quentin.
Royalties from this book will be donated to Murdoch Childrens Research Institute, making a real difference to child health through world-leading research and disease prevention.
$45.00Add to basket ›