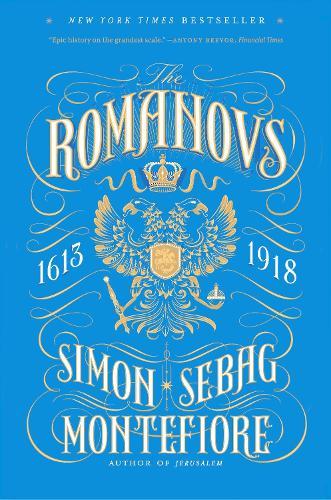 Epic history on the grandest scale… . Game of Thrones seems like the proverbial vicar’s tea party in comparison.–Financial Times The Romanovs were the most successful dynasty of modern times, ruling a sixth of the world’s surface for three centuries. How did one family turn a war-ruined principality into the world’s greatest empire? And how did they lose it all? This is the intimate story of twenty tsars and tsarinas, some touched by genius, some by madness, but all inspired by holy autocracy and imperial ambition. Simon Sebag Montefiore’s gripping chronicle reveals their secret world of unlimited power and ruthless empire-building, overshadowed by palace conspiracy, family rivalries, sexual decadence, and wild extravagance. Drawing on new archival research, Montefiore delivers an enthralling epic of triumph and tragedy, love and murder, that is both a universal study of power and a portrait of empire that helps define Russia today.