Between East and West: Across the Borderlands of Europe 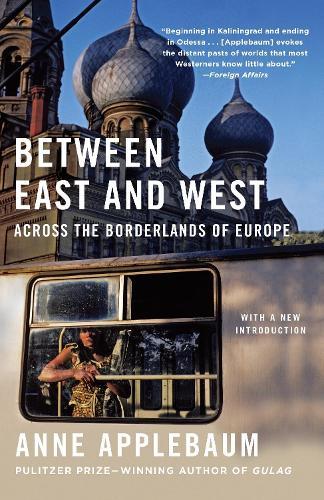 Between East and West: Across the Borderlands of Europe

In the summer and fall of 1991, Anne Applebaum, Pulitzer Prize-winning author of Gulag and Iron Curtain, took a three month road trip through the freshly independent borderlands of Eastern Europe. She deftly weaves the harrowing history of the region and captures the effects of political upheaval on a personal level. An extraordinary journey into the past and present of the lands east of Poland and west of Russia-an area defined throughout its history by colliding empires. Traveling from the former Soviet naval center of Kaliningrad on the Baltic to the Black Sea port of Odessa, Anne Applebaum encounters a rich range of competing cultures, religions, and national aspirations. In reasserting their heritage, the inhabitants of the borderlands attempt to build a future grounded in their fractured ancestral legacies. In the process, neighbors unearth old conflicts, devote themselves to recovering lost culture, and piece together competing legends to create a new tradition. Rich in surprising encounters and vivid characters, Between East and West brilliantly illuminates the soul of the borderlands and the shaping power of the past.