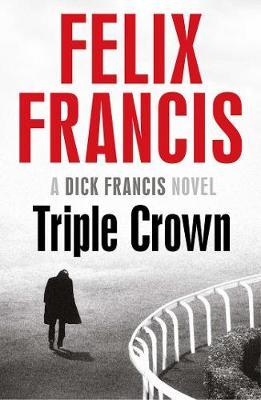 THE RICHEST PRIZE IN RACING. THE PERFECT MOTIVE TO KILL. Jeff Hinkley, a British Horseracing Authority investigator, has been seconded to the US Federal Anti-Corruption in Sports Agency (FACSA) where he has been asked to find a mole in their organisation, an informant who is passing on confidential information to fix races. Jeff goes in search of answers, taking on an undercover role as a groom on the backstretch at Belmont Park racetrack in New York. But he discovers far more than he was bargaining for, finding himself as the meat in the sandwich between FACSA and corrupt individuals who will stop at nothing, including murder, to capture the most elusive and lucrative prize in the world - the Triple Crown. The Francis brand of thrillers are bigger and bolder for a new generation! Praise for Felix Francis: ‘The Francis flair is clear for all to see’ Daily Mail ‘From winning post to top of the bestseller list, time after time’ Sunday Times ‘The master of suspense and intrigue’ Country Life ‘A tremendous read’ Woman’s Own