Trekking to Mustang, 1964: Crossing Paths with Mastiffs and Khampas in the Himalayan Kingdom of Lo 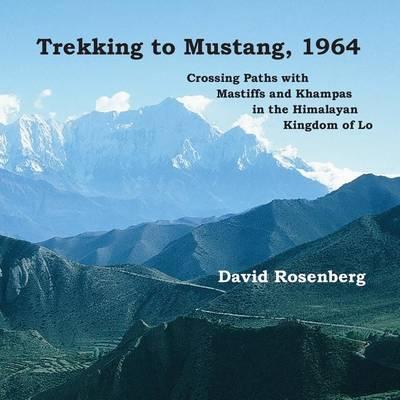 Trekking to Mustang, 1964: Crossing Paths with Mastiffs and Khampas in the Himalayan Kingdom of Lo

In 1964, when we were Peace Corps Volunteers in Nepal, we were invited to visit the King of Mustang in the ancient walled town of Lo Manthang on the Tibetan Plateau. To get there, we crossed the Himalayas on foot, climbing in and out of the deepest and steepest river gorge on earth, carved out by the Kali Gandaki as it flowed south between the Annapurna and Dhaulagiri mountain ranges. Our journey started in the terraced rice paddies around the hill villages of central Nepal, to coniferous forests on the steep southern slopes of the high Himalayas, and then to the arid, wind-eroded Tibetan Plateau. Travelling through this natural geological cathedral, we saw how people had adapted their lives to survive in a challenging physical environment while at the same time preserving a deep religious tradition. Tibetan Buddhist culture and religion had been better preserved in this remote border kingdom than almost anywhere else in the world. However, we were surprised and alarmed to find this area was also a staging ground for Khampa warriors who were skirmishing against Chinese border patrols. Our encounters led to a minor but regrettable Cold War incident. This is the story of our adventure in the Himalayan Kingdom of Lo.