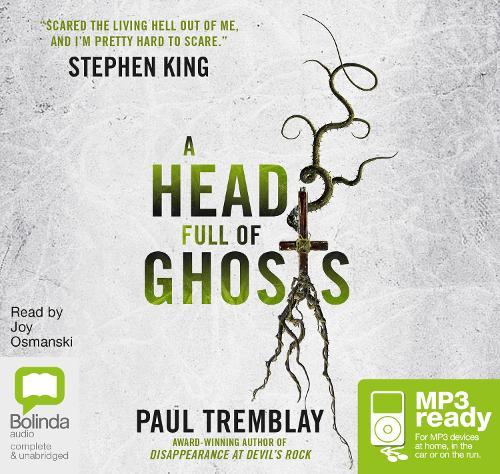 The lives of the Barretts, a suburban New England family, are torn apart when 14-year-old Marjorie begins to display signs of acute schizophrenia. To her parents despair, the doctors are unable to halt Marjorie’s descent into madness. As their stable home devolves into a house of horrors, they reluctantly turn to a local Catholic priest for help, and soon find themselves the unwitting stars of The Possession, a hit reality television show. When events in the Barrett household explode in tragedy, the show and the shocking incidents it captures become the stuff of urban legend. Fifteen years later, a bestselling writer interviews Marjorie’s younger sister, Merry. As she recalls the terrifying events that took place when she was just eight years old, long-buried secrets and painful memories begin to surface and a mind-bending tale of psychological horror is unleashed.