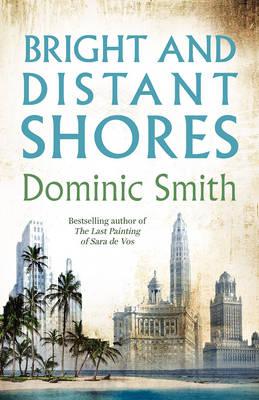 Set amid the skyscrapers of 1890s Chicago and the far-flung islands of the South Pacific, Bright and Distant Shores is both a sweeping epic and a triumph of lyrical storytelling.
Chicago First Equitable has won the race to construct the world’s tallest building and its president, Hale Gray, hits upon a surefire way to make it an enduring landmark: to establish on the roof an exhibition of real-life ‘savages’. He sponsors a South Seas voyage to collect not only weaponry and artefacts, but also ‘several natives related by blood’ for the company’s rooftop spectacle.
Caught up in this scheme are two orphans: Owen Graves, the voyage’s head trader from Chicago’s South Side, and Argus Niu, a mission houseboy in Melanesia - two young men haunted by their pasts.
With echoes of Melville, Doctorow and Carey, Bright and Distant Shores is at once a remarkable love story and a breathtaking adventure that chronicles the clash of the tribal and the civilised at a pivotal moment in history.
$22.99Add to basket ›