Belgium in War: A Record of Personal Experiences 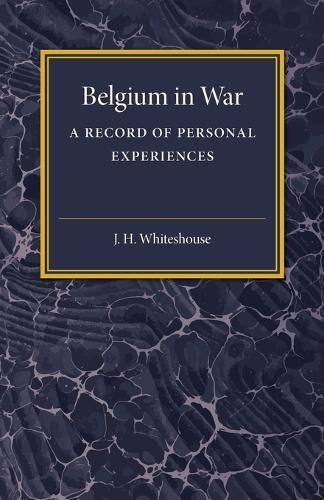 Belgium in War: A Record of Personal Experiences

Originally published in 1915, this book records the experiences of John Howard Whitehouse (1873-1955) in Belgium during the First World War. Whitehouse was a Liberal politician, Quaker and founder of the Bembridge School, an early example of alternative education. The text records his impressions following a visit to Belgium to ascertain the condition of the civilian population and the effects of the War on the country. A short introduction by David Lloyd George and illustrative figures are included. This book will be of value to anyone with an interest in personal accounts of the First World War and the writings of Whitehouse.