My House of Sky: A Life of J A Baker 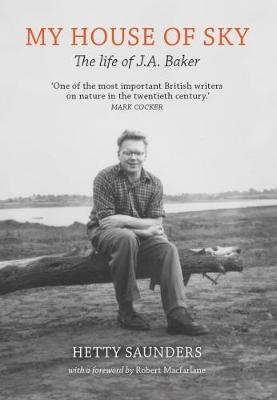 My House of Sky: A Life of J A Baker

Since his rise to fame in 1967 when his work The Peregrine was awarded the Duff Cooper Memorial Prize, J A Baker has captured the popular imagination with his vivid descriptions of British landscapes and native wildlife. Compelling, strange and at times both startlingly funny and cruel, Baker’s prose is at one with his image as a writer, which has, since the publication of his first work, been characterized as an obsessive recluse.Next to nothing was known about Baker, who died in 1987, until an archive of his materials and those related to him was gifted to the University of Essex in 2013. Only now has it been possible to piece together an accurate view of the life and unpublished work of the man whose writing has been described as the gold standard for all nature writing (Mark Cocker), and whose work has influenced naturalists such as Richard Mabey and Simon King, as well as film-makers David Cobham and Werner Herzog.This new book showcases the most compelling parts of the Baker Archive, containing previously unknown elements of his life, many photographs and unpublished poems.It provides an invaluable new insight into both his sensitive and passionate character, and late twentieth century Britian, a country experiencing the throes of agricultural and environmental change.