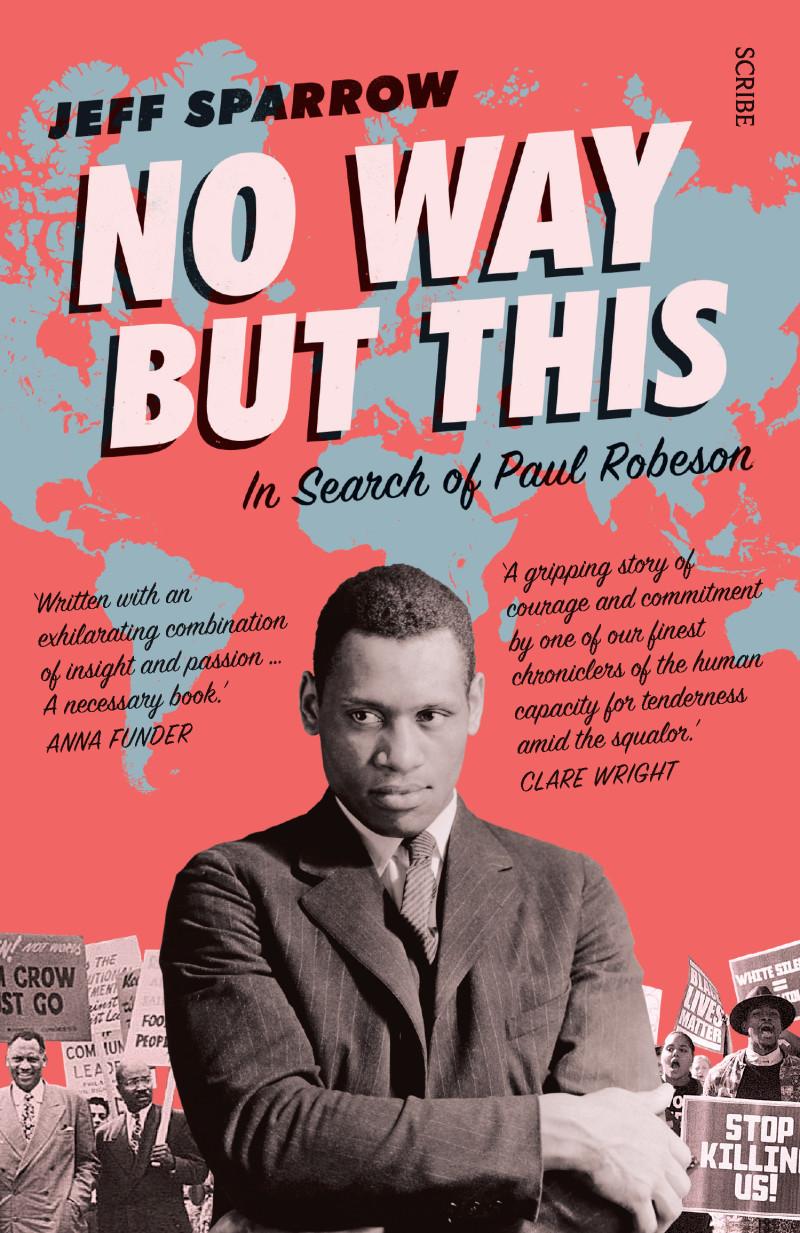 Paul Robeson was an actor and performer, a champion athlete, a committed communist, a brilliant speaker, and a passionate activist for social justice in America, Europe, and Australia. Hailed as the most famous African American of his time, he sang with a voice that left audiences weeping, and, for a period, had the entire world at his feet - and then lost everything for the sake of his principles.
Robeson’s storied life took him from North Carolina plantations to Hollywood; from the glittering stages of London to the coal-mining towns of Wales; from the violent frontiers of the Spanish Civil War to bleak prison cells in the Soviet Union; from Harlem’s jazz-infused neighbourhoods to the courtroom of the McCarthy hearings. Yet privately Robeson was a troubled figure, burdened by his role as a symbol for the African American people and an international advocate for the working class. His tragedy was to battle ambition and uncertainty, ultimately clinging to his beliefs even as the world changed around him. As optimistic ideals of communism turned to repression under the Cold War, his public decline mirrored that of the world around him.
Today Robeson is largely unknown, a figure lost to footnotes and grainy archival footage. But his life, which followed the currents of the twentieth century, reveals how the traumas of the past still shape the present.
Jeff Sparrow follows the ghosts and echoes of Robeson’s career, tracing his path through countries and decades, to explore the contemporary resonances of his politics and passions. From Black Lives Matter to Putin’s United Russia, Sparrow explores questions of race and representation in America, political freedom in Moscow, and the legacy of fascism and communism in Europe. Weaving travelogue with biography, In Search of Paul Robeson is a story of political ardour, heritage, and trauma - a luminous portrait of a man and an urgent reflection on the politics that define us today.

Jeff Sparrow writes that his journey in search of the athlete, singer, actor and activist Paul Robeson is not intended to produce a conventional biography but rather conjure up a ghost story about an incredible 20th century figure who is largely forgotten today. Robeson’s famous rendition of ‘Ol’ Man River’ was familiar to me but I had no idea about his scholarship, political activism or that he was the son of a slave. In 1943 Time magazine named him ‘probably the most famous living Negro’ and yet today most people I ask have not heard of him at all. It is timely then that in an era when there are more African-American men in jail or on parole in the United States than there were men in bondage at the height of slavery and when the Black Lives Matter movement is gathering momentum that there is a book to remind us about this astonishing individual and the political climate in which he used his popular voice to highlight systemic inequality.

Sparrow travels from Robeson’s birthplace in Jim Crow America to the United Kingdom, where Robeson had moved to pursue theatre work but where the Welsh miners’ struggle reignited his passion for politics. From there Sparrow takes us to Spain, where Robeson sang to the International Brigades, and then to Russia, where he said he ‘felt like a human being for the first time’. Robeson’s personal and political journey from civil rights defender to anti-fascist campaigner and his complicated and ultimately tragic relationship with Soviet socialism is both moving and illuminating, particularly in these fraught political times when history once again threatens to repeat itself.