Out of Australia: Aborigines, the Dreamtime, and the Dawn of the Human Race 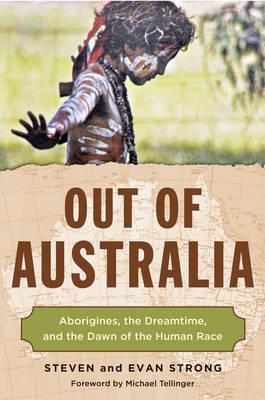 Out of Australia: Aborigines, the Dreamtime, and the Dawn of the Human Race

In their startling new book, Steven and Evan Strong challenge the out-of-Africa theory. Based on fresh examination of both the DNA and archaeological evidence, they conclude that modern humans originated from Australia, not Africa. The original Australians (referred to by some as Aborigines), like so many indigenous peoples, are portrayed as backward and primitive. Yet, as the Strongs demonstrate, original Australians had a rich culture, which may have sown the first seeds of spirituality in the world. They had the technology to make international seafaring voyages and have left traces in the Americas and possibly Japan, Southern India, Egypt and elsewhere. They practised brain surgery, invented the first hand tools and had knowledge of penicillin. This book brings together 30 years of intensive research in consultation with elders in the original Australian community. Among their conclusions are the following: * There is evidence that humans existed in Australia 40,000 years before they existed in Africa. * There were migrations of original Australians in large boats throughout the Indian/Pacific rim. * Three distinct kinds of Homo sapiens are found in Australia. * There is evidence from the Americas that debunks the out-of-Africa theory. * The spiritual influence of the Aborigines is reflected in the religions of the world.