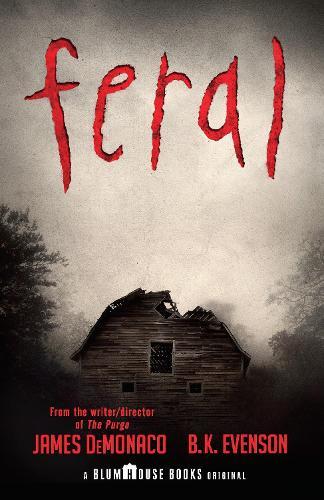 Allie Hilts was just in high school the day the world ended. It started with a fire at the pharmaceutical research facility in town, and soon every male was infected. They were all changed and quickly consumed, becoming unrecognizably aggressive and violent. Animal. They displayed disturbing physiological alterations; they grew stronger and they grew faster. Men were no longer human, no longer to be trusted. The infection spread quickly, and no male was immune. Allie and her sister Kim witnessed every man, including their own father, turn and do unspeakable things. They were the lucky ones. Most women didn’t survive the initial onslaught. Three years later, Allie and Kim have joined a group of survivors in an isolated, walled-in encampment, trying to find a way forward in the new world. Outside the walls hunt the ferals-those terrifying monsters the women used to know as fathers, brothers, sons, and lovers. Now, Allie has been noticing troubling new patterns in the ferals' movements, and a disturbing number of new faces in the wild. Something catastrophic is brewing on the horizon, and time is running out. The ferals are coming, and there is no stopping them. With Feral, writer/director James DeMonaco and acclaimed novelist Brian Evenson have created a provocative and highly commercial novel of pulse-pounding horror, cinematic action, and rich characters.