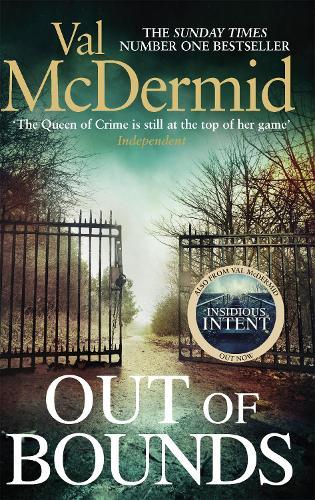 ‘It grabs the reader by the throat and never lets go’ Daily Mail ‘Incredibly suspenseful’ Sunday Mirror ‘There are lots of things that ran in families, but murder wasn’t one of them …’ When a teenage joyrider crashes a stolen car and ends up in a coma, a routine DNA test could be the key to unlocking the mystery of a twenty-year-old murder inquiry. Detective Chief Inspector Karen Pirie is an expert at solving the unsolvable. With each cold case closed, justice is served. So, finding the answer should be straightforward, but it’s as twisted as the DNA helix itself. Meanwhile Karen finds herself irresistibly drawn to another case, one that she has no business investigating. And as she pieces together decades-old evidence, Karen discovers the most dangerous kinds of secrets. Secrets that someone is willing to kill for … Number one bestseller Val McDermid returns with her most atmospheric, gripping novel to date. ___________________ Don’t miss the electrifying new Tony Hill & Carol Jordan thriller - HOW THE DEAD SPEAK is out 22nd August and available to pre-order now ___________________ Praise for Queen of Crime Val McDermid: ‘McDermid remains unrivalled’ Observer ‘The queen of crime is still at the top of her game’ Independent ‘As good a psychological thriller as it is possible to get’ Sunday Express ‘One of today’s most accomplished crime writers’ Literary Review ‘The real mistress of psychological gripping thrillers; no one can plot or tell a story like she can’ Daily Express The fourth thrilling novel in the DCI Karen Pirie series