Human Rights Of, By, and For the People: How to Critique and Change the US Constitution 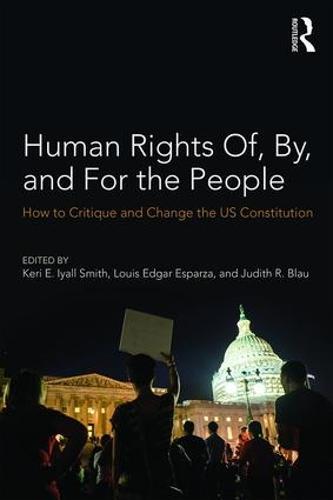 Human Rights Of, By, and For the People: How to Critique and Change the US Constitution

Together, the US Constitution and the Bill of Rights comprise the constitutional foundation of the United States. These-the oldest governing documents still in use in the world-urgently need an update, just as the constitutions of other countries have been updated and revised. Human Rights Of, By, and For the People brings together lawyers and sociologists to show how globalization and climate change offer an opportunity to revisit the founding documents. Each proposes specific changes that would more closely align US law with international law. The chapters also illustrate how constitutions are embedded in society and shaped by culture. The constitution itself sets up contentious relationships among the three branches of government and between the federal government and each state government, while the Bill of Rights and subsequent amendments begrudgingly recognize the civil and political rights of citizens. These rights are described by legal scholars as negative rights, specifically as freedoms from infringements rather than as positive rights that affirm personhood and human dignity. The contributors to this volume offer positive rights instead. The Universal Declaration of Human Rights (UDHR), written in the middle of the last century, inspires these updates. Nearly every other constitution in the world has adopted language from the UDHR. The contributors use intersectionality, critical race theory, and contemporary critiques of runaway economic inequality to ground their interventions in sociological argument.