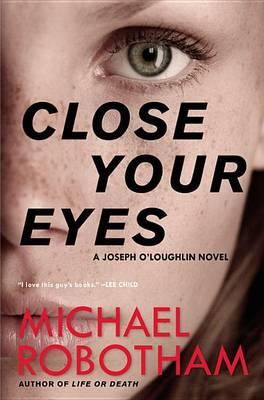 #1 International Bestseller Close Your Eyes: the best Michael Robotham novel yet. Once I reached the last 100 pages, it really was impossible to put down. –Stephen King In this new thriller from the 2016 Edgar Award nominee, clinical psychologist Joseph O'Loughlin steps in to face a ruthless killer. A mother and her teenage daughter are found murdered, one defiled by multiple stab wounds and the other posed like Sleeping Beauty awaiting her prince. When a former student, calling himself the Mindhunter, jeopardizes the police inquiry by leaking details to the media and stirring up public anger, Joe has no choice but to intervene.He discovers a link between the farmhouse murders and a series of vicious attacks in which the victims are choked unconscious and brutally scarred. Now, he must stop a ruthless and brash criminal who has graduated to murder. Now hunting a brash and merciless criminal, Joe’s fate and that of those closest to him become dangerously intertwined until he must risk everything to save what remains.