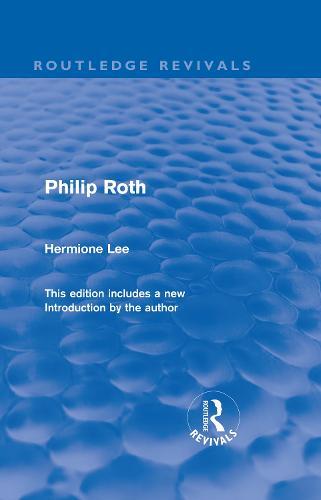 On its original publication in 1982 this book was the first full-length study of Philip Roth as a major twentieth-century writer. As well as setting the novelist’s work in the context of Jewish-American writing (and Jewish-American families) and twentieth-century American politics, the book explores the characteristic paradoxes in Roth: self-disgust and self-consciousness, restraint and letting go, nausea and appetite, energy and frustration, stylishness and vulgarity, surrealism and the mundane. Roth is a highly literary and referential character and an assessment is made of the conflicting influnces on his work of Kafka, Checkov, Gogol, Henry James, Melville and Henry Youngman, a Jewish nightclub and Vaudeville comic. In addition a close examination of his anxious, revolting, garrulous heroes, their mothers, their marriages, their shrinks, and their shiksas is undertaken and a deep seriousness is discovered, co-existing with Roth’s comic brashness and bravura.