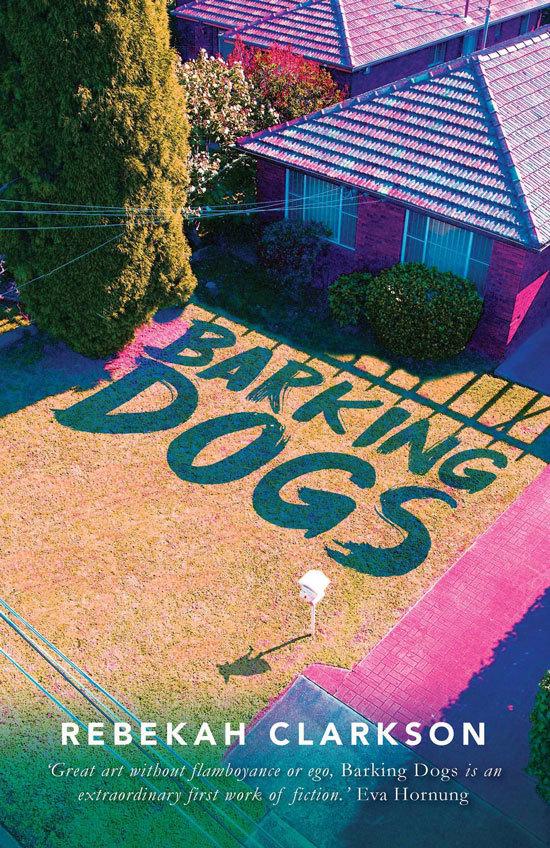 Everybody thinks they know this story. But do they really?
If you took a bird’s-eye view of Mount Barker, you’d see ordinary Australians living on their ordinary suburban blocks in an ordinary regional town. Get closer. Peer through a window. You might see Nathan Long, obsessively recording the incessant bark of a neighbourhood dog, or the Wheeler family sitting down for a meal and trying to come to terms with a shocking discovery. If you listen, you may hear tales of fathers and their wayward sons, of widows who can’t forgive themselves, of children longed for and lost, of thwarted lust and of pure, incorruptible love. Within the shadows is an unspeakable crime.
Rebekah Clarkson has created a compelling, slow-burning portrait of a town in the midst of major change as it makes the painful transformation from rural idyll to aspirational suburbia. What looked like redemption is now profound loss. What seemed spiteful can now be forgiven.

Set in Mount Barker, a once-sleepy country town now enveloped by Adelaide’s urban sprawl, Rebekah Clarkson’s Barking Dogs brings together multiple stories and perspectives to form a vivid snapshot of the town and its people, their anxieties and private tragedies as they try to live decent lives, whatever that means.

In ‘Something Special, Something Rare’ (the titular story in a 2015 Black Inc. short-fiction anthology), a father tries to reconcile the troubles of his teenage son with the watertight plan he’s set out for his family. Several stories follow the Wheeler family as they come to terms with a family tragedy – others follow their neighbours, driven to distraction by the Wheelers’ constantly barking dog – including Mary Hillman, who we see some 50 years earlier in the collection’s final story as she tries to start a family.

Clarkson’s stories speak to modern Australian anxieties – mortgages, illnesses, kids mucking up at school. These are characters simply trying to make a go of it in the truest sense, and we feel their exhaustion, frustration and melancholy. In the background of Clarkson’s narratives, though, are whisperings of other stories left untold – the shut-in daughter of the town’s oldest and wealthiest family, a missing schoolgirl and an unspeakable crime – that seem unreal in that uniquely small-town way, in which events form part of the collective mythology of the community even as they unfold. In Barking Dogs, it’s the stories Clarkson doesn’t tell that are the most sinister.

Quietly devastating and assured in the subtlety of its prose, Barking Dogs will appeal to fans of Holly Throsby’s Goodwood and Josephine Rowe’s A Loving, Faithful Animal. It extends and innovates within the structure of the debut short-fiction collection – creating a work of collage that is more than the sum of its parts.