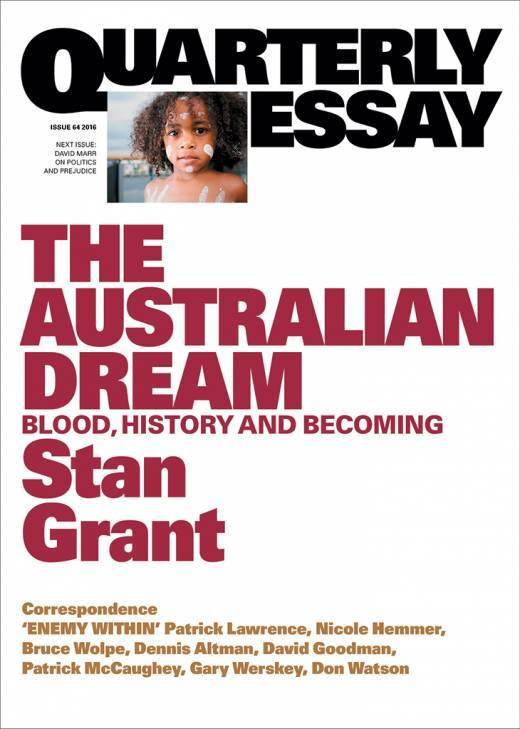 In a landmark essay, Stan Grant writes Indigenous people back into the economic and multicultural history of Australia. This is the fascinating story of how fringe dwellers fought not just to survive, but to prosper. Their legacy is the extraordinary flowering of Indigenous success - cultural, sporting, intellectual and social - that we see today.
Yet this flourishing co-exists with the boys of Don Dale and the many others like them who live in the shadows of the nation. Grant examines how such Australians have been denied the possibilities of life, and argues eloquently that history is not destiny; that culture is not static. In doing so, he makes the case for a more capacious Australian Dream.
“The idea that I am Australian hits me with a thud. It is a blinding self-realisation that collides with the comfortable notion of who I am. To be honest, for an Indigenous person, it can feel like a betrayal somehow - at the very least, a capitulation. We are so used to telling ourselves that Australia is a white country: am I now white? The reality is more ambiguous … To borrow from Franz Kafka, identity is a cage in search of a bird.” - Stan Grant, The Australian Dream
Stan Grant is Indigenous Affairs editor at the ABC and Chair of Indigenous Affairs at Charles Sturt University. He won the 2015 Walkley Award for coverage of Indigenous Affairs and is the author of The Tears of Strangers and Talking to My Country.
$22.99Add to basket ›