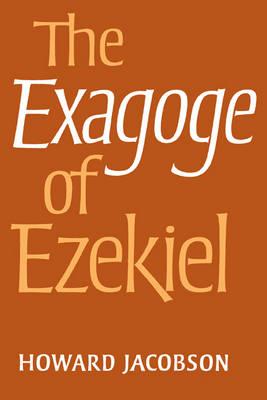 The Exagoge is a drama on the theme of the Jewish Exodus, written in Greek in the form of a Greek tragedy by a Jew living in Alexandria probably at some time during the second century BC. It survives in 269 lines - not isolated verses but forming several continuous passages - enough to give the shape of the play and to reveal Ezekiel as a tragedian of significance. For the student of Jewish literary history and thought Ezekiel is a most important source, of interest for being one of the earliest examples of Jewish exegesis and paraphrase of the Bible. Professor Jacobson accompanies the text of the play with a translation. In the commentary he examines the fragments line by line, comparing them with the biblical account and other accounts in related Jewish sources. The substantial and readable introduction examines the historical, social and intellectual background to Ezekiel and the Exagoge.