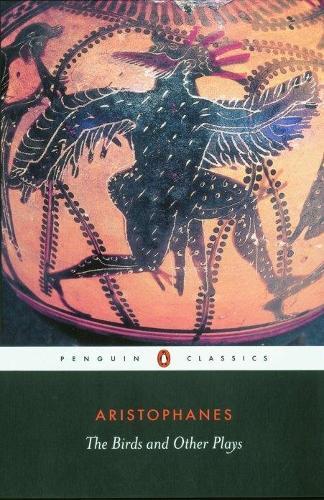 Offering a window into the world of ordinary Athenians, Aristophanes' The Birds and Other Plays is a timeless set of comedies, combining witty satire and raucous slapstick to wonderful effect. This Penguin Classics edition is translated from the Greek by David Barrett and Alan H. Sommerstein.The plays in this volume all contain Aristophanes' trademark bawdy comedy and dazzling verbal agility. In The Birds, two cunning Athenians persuade the birds to build the utopian city of ‘Much Cuckoo in the Clouds’ in the sky, blockading the Olympian gods and installing themselves as new deities. The Knights is a venomous satire on Cleon, a prominent Athenian demagogue, who vies with a humble sausage-seller for the approval of the people; while The Assembly-Women deals with the battle of the sexes as the women of Athens infiltrate the all-male Assembly in disguise. The lengthy conflict with Sparta is the subject of Peace, inspired by the hope of a settlement in 421 BC, and Wealth reflects on the economic catastrophe that hit Athens after the war.These lively translations by David Barrett and Alan H. Sommerstein capture the full humour of the plays. The introduction examines Aristophanes' life and times, and the comedy and poetry of his works. This volume also includes an introductory note for each play.If you enjoyed The Birds and Other Plays, you might like Aristophanes' The Frogs and Other Plays, also available in Penguin Classics.