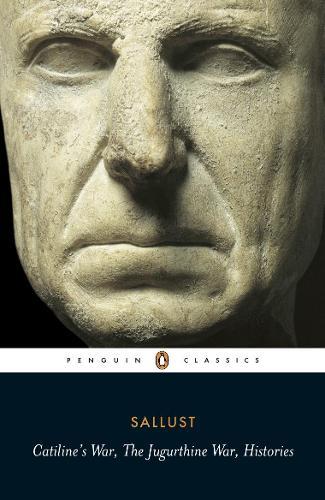 The earliest Roman historian with complete works to his name, Sallust (86-c. 35 BC) was a senator of the Roman Republic and younger contemporary of Cicero, Pompey and Julius Caesar. His Catiline’s War tells of the conspiracy in 63 BD led by L. Sergius Catilina, who plotted to assassinate numerous senators and take control of the government, but was thwarted by Cicero. Sallust’s vivid account of Roman public life shows a Republic in decline, prey to moral corruption and internal strife. In The Jugurthine War he describes Rome’s fight n Africa against the king of the Numidians from 111 to 105 BC, and provides a damning picture of the Roman aristocracy. Also included in this volume are the major surviving extracts from Sallust’s now fragmentary Histories, depicting Rome after the death in 78 BC of the dictator Sulla.