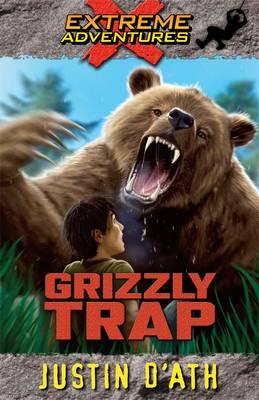 THE GRIZZLY ROSE UP ON ITS HIND LEGS AND LET OUT A FEARSOME ROAR, HALFWAY BETWEEN THE BARK OF A DOG AND THE BELLOW OF A BULL. WE WERE DEAD MEAT … Sam Fox is on a trip to North America with his cub scout pack when their bus crashes down a canyon. Some of the group are seriously injured, so Sam and two cubs set off to find help. But Sam is thousands of miles from home in the middle of the American wilderness. A wilderness full of howling wolves, and a massive, unpredictable grizzly bear that’s following them … A wild, action-packed ride, GRIZZLY TRAP is the most ferocious Extreme Adventure yet!