A White Barbarian Lady: The Story of Anne Noble, a Victorian Woman Imprisoned in China 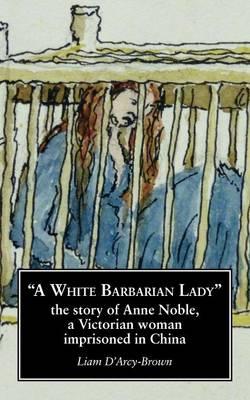 A White Barbarian Lady: The Story of Anne Noble, a Victorian Woman Imprisoned in China

My ever dear friend. As I may now do so with safety, I will try to write to you the sad particulars of the dreadful wreck of the Kite. May the Almighty in mercy strengthen me for the truly melancholy duty. Amen. So begins a remarkable account of five months spent as a prisoner during the First Opium War (1839-42). Anne Watson was born in 1814 in Wiltshire, but after a sea-voyage turned to tragedy it was as the shipwrecked and widowed ‘Mrs Noble’ that she became a household name. Held hostage while the Qing dynasty negotiated the withdrawal of British troops from Chinese soil, her treatment scandalized the public, influenced the course of the war, and years later was still the subject of theatrical entertainments and newspaper stories. A devoted wife and mother who sailed tens of thousands of miles across four continents, Anne’s resilience forces us to reassess our ideas of what life was like for ordinary women during the mid-nineteenth century.