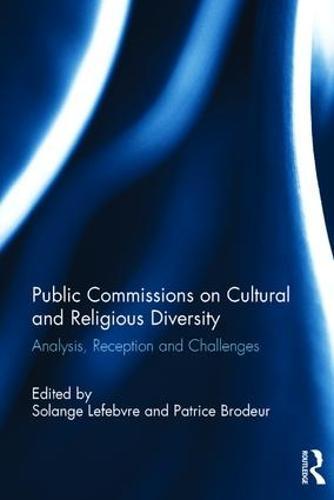 Due to growing negative perceptions about relations between historically entrenched, dominant populations and various minority groups, issues relating to the need to better manage cultural and religious diversity have been intensifying in many countries. These negative perceptions have recently led to a significant increase in popular support for right and extreme right nationalist discourses, and have created so much public tension that national governments have had no choice but to respond. In the last two decades, in several Western contexts in particular, the issues raised by such combined challenges have culminated in the creation of government-initiated or private national commissions. This book presents the results of a multidisciplinary analysis, from a broader framework that includes the national public commissions which have addressed the challenges of managing cultural and religious diversity in Belgium, Britain, Canada (Quebec), France, Morocco and Norway (including also other cases of public management in Australia and Singapore). It includes in-depth studies of the issues and controversies examined by each of the commissions, such as the ways they perceived the issues, their results and impact, the key political players involved, the media debates and reception surrounding each commission, the communication strategies and difficulties their leaders encountered, as well as the legal aspects each commission has raised. The reports represent a rich body of work charting the fundamental questions nations face about their nature, history and future while the impact on peoples' lives tells us much about different approaches to the issues of cultural identity between countries.