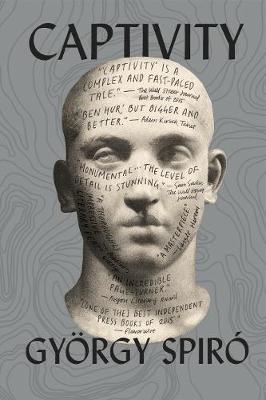 A literary sensation in Hungary, Gyorgy Spiro’s Captivity is set in the tumultuous first century A.D., between the year of Christ’s death and the outbreak of the Jewish War. It follows the adventures of the feeble-bodied, bookish Uri, a young Roman Jew.
Frustrated with his hapless son, Uri’s father sends the young man to the Holy Land to regain the family’s prestige. In Jerusalem, Uri is imprisoned by Herod and meets two thieves and (perhaps) Jesus before their crucifixion. Later he has an awakening in cosmopolitan Alexandria, and then returns home to an unexpected inheritance.
$29.99Add to basket ›

END_OF_DOCUMENT_TOKEN_TO_BE_REPLACED

Land Of Love And Ruins

No Knives in the Kitchens of This City