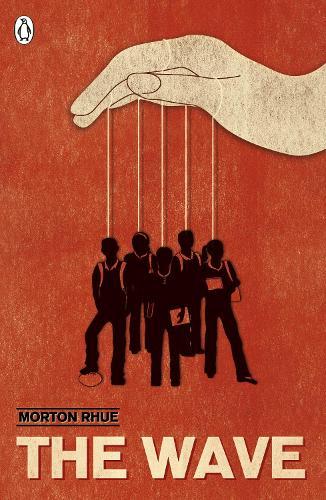 Laurie isn’t sure what to make of ‘The Wave’. It had begun as a simple history experiment to liven up their World War II studies and had become a craze that was taking over their lives.
Laurie’s classmates are changing from normal teenagers into chanting, saluting fanatics. ‘The Wave’ is sweeping through the school - and it is out of control. Laurie’s friends scoff at her warnings but she knows she must make them see what they have become before it’s too late.

The history of Nazi Germany and the Holocaust holds a disturbing and vexed fascination for many of us. The question of how the Nazis were so effective in orchestrating this atrocity and securing the collusion of the German people, to this end, is unfathomable. Why didn’t anyone try to stop them?

When students at a Californian high school raised these same questions, in 1967, their history teacher decided to conduct an experiment to show his students just how possible it was to brainwash and unify the many under a shared belief and purpose; however heinous the objective.

The result was the establishment of an organisation called the Wave that actively recruited members via a model of reward and punishment that encouraged allegiance to the group and penalised dissenters. The Wave is a fictionalised retelling of this social experiment and the disturbing findings it came to regarding subversive power and the manipulation of the masses.

END_OF_DOCUMENT_TOKEN_TO_BE_REPLACED

Who’s a Big Bully Then?